To view great art for a short time is one thing. To live in its presence over a period of months is to enter into a relationship with the work. To do so when the work is by Claire Wilks is to have its power permeate the mind, heart and spirit and resonate as a profound meditation upon  life, mortality, and the understanding and empathy that great art can bring to the act of living.

From early December 2015 through to February of 2016, the walls of my gallery, GNSTUDIO Contemporary Art, were graced with the most extraordinary and powerful work; a solo exhibition of a large number of The Etty Drawings, by Claire Wilks. The Etty Drawings were created in the mid 1980’s and were inspired by Wilks’ understanding of , The Interrupted Life: The Diaries of Etty Hilversum; The Intimate Journal of a Young Jewish Woman in Holland During the Holocaust Years, 1941 -1943.

In the exhibition catalogue essay, novelist and poet, Anne Michaels, writes of the Etty Drawings:

As always in her work, there is no landscape, no object, no clothing or other “defence” – except sometimes a shroud – no food or shelter; and there is no deconstruction of form. As always in her work, there is “nothing but” the profound intensity of the naked human body – its immense moral power and mortal vulnerability. To explore historical events and to ask the most difficult questions through an exploration of the body requires the deepest humility. It requires the kind of rigour that is only possible after decades of disciplined work, when technique has become so intuitive that the hand has become “free”. It is a freedom that can only be earned.

The Etty Drawings form part of a magisterial body of work that Wilks has created from the 1970s onwards; working in drawing, sculpture and printmaking, her oeuvre is a compelling testament to the power of art to reveal hope and meaning, even in our most acute lived experience. With her chosen focus on the human figure, these are works that address history as well as the intimately personal, works that are rigorous in exploring the flesh, yet passionate and penetrating in their exploration of the human spirit.

Whilst close to, and friends with, major Canadian abstract artists such as William Ronald, Wilks pursued her singular and determinedly serious figurative art outside the abstract and conceptualist avant gardes of the 1960s and the 1970s.  She also worked outside the figurative mainstream of pop art, 1980s neo-expressionism and other subsequent movements that were transfixed by recontextualizations of mass media tropes and imagery.

In  Six Memos for the Next Millennium, published in 1992 at the dawn of our internet era, novelist Italo Calvino wrote:

We live in an unending rainfall of images. The most powerful media transform the world into images and multiply it by means of the phantasmagoric play of mirrors. These are images stripped of the inner inevitability that ought to mark every image as form and meaning, as a claim on the attention and as a source of possible meanings.

Claire Wilks’ figurative art is the antithesis of the situation that Calvino decries. Her drawings do indeed possess a  sense of “inner inevitability”, as described by Calvino. Her mark making transmutes into the most powerful and intense fusion of form and meaning. Radical in ambition, subject, and realization, her drawings demonstrate that even in an age deemed post modern, art can still resonate with an authentic, meaningful and human sense of  empathy, realized with the utmost conviction.

This is not the generalized idea of empathy that Wilhelm Worringer referred to in  Abstraction and Empathy, a key and influential document of modernism published in 1908. Worringer postulated two opposite poles of human artistic experience; a “will to abstraction”, which he favourably associated with the Primitive, and  the “need for empathy”, which he associated with representational Realism. However as later theorists and artists throughout the 20th Century showed, these two polarities were not mutually exclusive – figuration was neither divorced from abstract values nor was it simply about representation. Indeed the means with which the figuration is realized is a key aspect of its meaning. This was evident from the early Expressionists.

Wilks is the spiritual heir of Edvard Munch, Egon Schiele and Kathe Kollewitz. Like these early modernist artists whom she admires, she favours an intensity of expression through drawing, and an emotional investment of the artist herself into the realization of the image. Formally she has a particular affinity with Schiele in her use of the naked and sexually revealed figure whilst eschewing supporting context or attributes. However Weissman Wilks has forged a powerful and unique language and identity of her own. In an alchemical marriage of means, she unites aspects of allegory, symbolism, and metaphor with a rich and charged fusion of line, shade, form and composition. She demonstrates with astonishing power, that the human figure remains an infinite subject for the deepest revelations in art.

Sexuality, in particular female sexuality, love and it’s necessity and survival as a core human need have long been major themes in Wilks’ work.  Schiele was of course controversial during his short career for the openly sexual nature of much of his work. Yet even in 1960’s and 1970’s Toronto, to address sexual and erotic themes in serious art was an endeavour which attracted controversy and perhaps more so when the artist was female. For Weissman Wilks to address such themes was  an immensely radical act. However, her work goes even further; it transcends the discourse around issues of the male and female gaze and posits a fluid ebb and flow of gendered and sexual perspectives.

As Timothy Findley wrote in the foreword to Two of Us Together: Each of us alone, a book of her drawings published in 1983:

Claire Wilks’ work has been published widely. As well as Two of Us Together: Each of us alone, her books include, Tremors, (1983), Hillmother, (1983),  I Know Not Why The Roses Bloom, (1986), and, In the White Hotel, (1991), a collaboration with D.M.Thomas, author of, The White Hotel. Her work has been particularly understood and feted by many major novelists and poets and it has resonated internationally including one woman exhibitions in New York, Zagreb, Jerusalem, Stockholm, Rome and Monterey. She has had significant firsts: the first international artist to be awarded a solo exhibition at the Centro De Las Artes in Monterey, Mexico, and the first woman to be given a solo exhibition at the Muzejsko – galerijski Centar in Zabreb, Croatia. In Canada she has had one woman exhibitions in Toronto, Hamilton and Calgary and exhibited at the National Gallery in Ottawa. She is in important private collections worldwide. She is indeed, not only a major Canadian artist, but a major artist, internationally recognized.

Reflecting  upon The Etty Drawings, as the power of these major works filled the exhibition space at GNSTUDIO Contemporary Art, and being aware of Claire Wilks’ international recognition, I was somewhat astonished when I realized that her work was not represented in the collections of the key public art galleries and institutions  of Canada. If she were from the UK, my place of birth, she would undoubtedly be represented in the Tate Gallery. However in Canada to date, she is not represented in the collection of the National Gallery of Canada, nor the AGO, nor in the Canadian Art Bank. This is a situation that needs to be addressed by the relevant institutions; in Claire Wilks, Canada has a major artist who is internationally recognized, and who has a body of work and achievement that establishes her as a Canadian great. She should be represented in the major public galleries of Canada.

For artists who enjoy a so called late period, a later in life flowering of creativity can range from a profound summation of a great oeuvre to a radical opening up of new possibilities. Pablo Picasso and Philip Guston spring to mind as artists who in different ways had great late periods. Around a year before The Etty Drawings exhibition at GNSTUDIO Contemporary Art, I had the privilege of presenting a solo exhibition of Claire Weissman Wilks’ latest monoprints at the gallery. The exhibition, entitled, Women This Way again had a catalogue with an essay by novelist and poet, Anne Michaels. In Women This Way, Claire Wilks reveals a powerful, consummate  “late period” that is not only a profound development of many of the themes that have interested her throughout her career but that, at the same time, represents a radical new perspective on the body as it ages.

As Anne Michael writes, in Claire Wilks: Women This Way;

The visceral power of Claire Wilks’ work has been inextricable from historical context: the suffering caused by history, by oppression. In her new series, “Women This Way”, the force of her figures emerges from an even more fundamental witnessing: the simple mortal fact of the body and of consciousness.

….The erosion of features and hair, the fact that the body can be worn away to an almost genderless state, makes us feel that this work is neither about the personal nor the historical. And that is immensely interesting: for these figures reveal both a different specificity and a different universality than in Wilks’ previous work. They reveal a commonality that is beyond gender, asking us to contemplate human sensation, emotion, and mortality, while also evoking precise states of feeling. There is a commonality to physical experience and yet the body never experiences abstractly; sensation is always precise. Age, suffering, sensate knowledge, the body as a container for thought and feeling – this is the great subject of “Women This Way”.

The Women This Way monoprints embody a key characteristic that has been present in Wilks’ work from the beginning. She filters some of the deepest explorations of our humanity through the forge of her art. With a body of work that has the moral acuity and authority of another great print maker, Francisco Goya, she achieves the most profound results with the simplest of means; a focus on the human figure as a gateway to understanding what it is to be human in this world. Here is that rare artist whose work has always pursued a distinct personal vision, beyond the vagaries of art historical fashion. Hers is a vision that has uncompromisingly pursued the difficult intensity of aesthetic and moral depth rather than the easy superficial strategies of quotation and appropriation. And as our postmodern society begins to long for authentic and true voices, Claire Wilks’ work reveals her to be one of the great artists of our era. 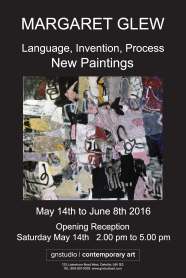 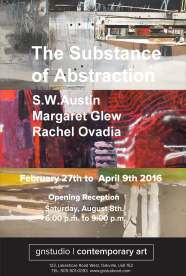 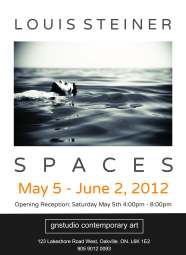 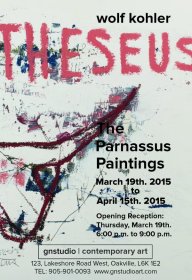 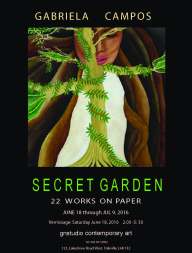 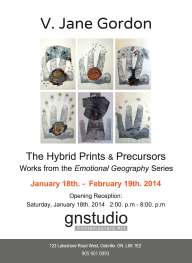